Past entertainers have included: 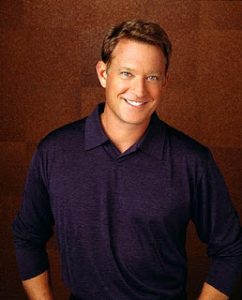 Most recently seen on ABC’s Desperate Housewives and ABC Family’s new series Melissa & Joey, Christopher Rich has enjoyed a successful career in television, film and theater. Born in Dallas, TX, Rich began performing in plays while attending high school in the Rio Grande Valley. Urged by a teacher to channel his rowdy tendencies into acting, Rich studied theater at the University of Texas in Austin and received a master’s degree in Theater Arts from Cornell University. Rich then moved to New York where he appeared in many Off-Broadway and regional productions, highlighted by his lauded performance as Dionysus in The Bacchae on Broadway. He began his television career as a cast member of Another World, then transferred from New York to Los Angeles. He has appeared on many television series, most notably as a series regular on Reba and The George Carlin Show and as a member of the ensemble cast ofMurphy Brown.

On the big screen, Rich starred in The Joy Luck Club as Tamlyn Tomita’s husband, John Milius’ Vietnam War movie, Flight of the Intruder with Danny Glover and Willem Dafoe, and the independent art film, Prisoners of Inertia with Amanda Plummer. Rich has appeared in numerous television movies, with credits including Going Home opposite Jason Robards in one of his last performances. He played a villain in and served as a producer for The Gambler IV, which marked his first project with Reba star Reba McEntire and solidified their friendship. He also starred in and produced In the Line of Duty: Manhunt in the Dakotas with Rod Steiger. Rich currently lives in Los Angeles with his wife, Eva Halina, a former Miss Poland and an Olympic gymnast at the 1980 Moscow Olympics, and their two daughters. When he’s not acting, he enjoys collecting fine wines, playing golf and collecting and reading books, as well as working on charitable causes. 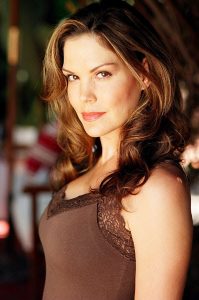 Paula Trickey is an American actress who has starred in many TV movies. She has also appeared in a number of television series. Trickey’s most well-known role was on the USA Network series Pacific Blue as Officer/Sgt. Cory McNamara from 1996-2000.   More recently she has been appearing on the hidden camera show Howie Do It as one of the host pranksters. She was the lead in a number of movies including The Base and Blood Shot. She has appeared in several Hallmark movies including McBride, Gone But Not Forgotten, A Carol Christmas, as well as the star of the Lifetime movies Past Tense and Till Lies Do Us Part.

She has made guest appearances on Beverly Hills, 90210, Renegade, Sliders, Walker, Texas Ranger, One Tree Hill, CSI and CSI NY. She appeared on the third and fourth seasons of The O.C., playing the mother of Harbor School socialite Taylor Townsend.

Born in Amarillo Texas, Trickey was raised in Tulsa, Oklahoma, where she attended East Central High School. While in high school she appeared in local television commercials and began competing in pageants. She was crowned Miss Oklahoma in the All-American Teen Pageant (a Miss USA production). Following high school Paula moved to Dallas where she studied acting and worked in commercials and local film productions such as “Dallas”, and “Dallas the Early Years”. Paula now resides in Los Angeles. 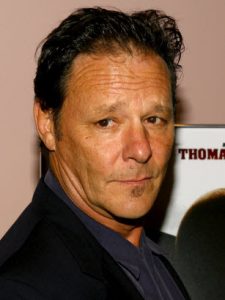 Chris Mulkey just finished directing his TV pilot about the music business, “The Never Has Beens”.  It tells stories from a road worn musician. His work; stage, television, and film, is quite extensive.  He has such big screen credits as FIRST BLOOD, RADIO, BULLWORTH, THE FAN, 48 HOURS, NORTH COUNTRY, and CLOVERFIELD. Nominated for Spirit Awards for best actor and best screenplay, Chris also won an L.A. Drama Critic Award for the play “BLUE WINDOW”. He just finished a sold out, off-Broadway run of Carlyle Brown’s acclaimed drama, PURE CONFIDENCE and Jane Martin’s epic war play, “FLAGS”, both with wife, actress Karen Landry.

Chris has also appeared in some of television’s most watched episodic series; from ex-con Hank Jennings on cult-classic, “TWIN PEAKS”, to his appealing family man portrayal in Lifetime’s series, “ANY DAY NOW”, as the new hard-nosed coach on ” FRIDAY NIGHT LIGHTS” on NBC, and the voice of reason brother-in-law to Holly Hunter, on TNT , “SAVING GRACE”.  And now on HBO’s new series, “BOARD WALK EMPIRE”

There are television movies as well; “BROKEN TRAIL” with Robert Duvall, which won three Emmys, “ROE vs. WADE”, “BEHIND ENEMY LINES”, “WEAPONS OF MASS DISTRACTION” for HBO.  Chris was on “LOST”, the Golden Globe nominated Showtime series “SLEEPER CELL”, as well as guest roles on all the CSI”S, “CRIMINAL MINDS”.

Along the way, Chris developed his talent as a singer/song writer. His songs tell stories about everyday life and paint aural portraits of America and beyond.  Last year Chris, ACSAP, sold six songs to television and film and played from New York City to St. Augustine, Minneapolis,  LaFayette, and Los Angeles.

Three of the songs, “I Remember You” and “Living in White Trash Heaven”, and “Blue Highway”, became music videos, directed by Chris and can be seen on YouTube 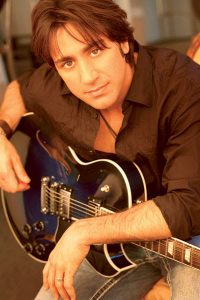 Stever Azar’s home was Greenville, Mississippi where his father owned the state’s first liquor store. Tutored by local blues musicians, Steve began writing songs when he was just 10 years old. That led him to develop as a guitarist. He had his first Nashville recording session when he was 14.

Steve Azar rocked the house on our last tour,” raves Bob Seger. “He’s a great guy and a great performer.” Their tour together was ranked at No. 1 by the concert-industry publication Pollstar.

With over 2.5 Billion listens on the radio, Steve has the hits!

His #2 smash single “I don’t have to be me til’ Monday” has been played 3 million times. His #1 video for, “Waitin’ on Joe” featured Academy Award Winning actor and friend Morgan Freeman. Steve’s current hit single and video for “Sunshine” (everybody needs a little) reached the Top 20 on Radio and Top 5 in the CMT and GAC-TV countdowns.

Named by Golf Digest magazine in the TOP 5 of their listing; 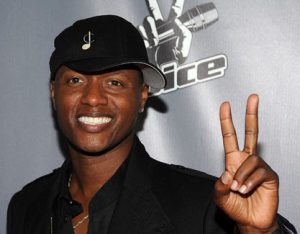 Blessed with a soulful voice, uncanny writing ability, and a commanding stage presence, international recording artist Javier Colon has created his own unique style of music that can be described as an eclectic blend of R&B, Folk, Soul, Rock and Country.

A musical prodigy in his formative years, Javier’s musical gifts took him to the University of Hartford’s Hartt School of Music, where he founded an R&B based acappella quintet that performed at Harlem’s legendary Apollo Theater. Javier graduated from Hartt with a degree in Music Education, and soon started on his path as a world-class performer as the lead singer for a neo-funk group (called EmCQ) dedicated to the legacy of Stevie Wonder, Bill Withers, Maceo Parker and Tower of Power among others. “Being in that band really helped me grow vocally. I had never actually fronted a band or done anything like that before. I found another gear that I could kick into that I didn’t know I had,” he says.

When that band opened for neo-funk luminaries Soulive, Javier’s performance drew the attention of Soulive guitarist Eric Krasno, who recommended Javier to be the lead singer for jam-band heroes the Derek Trucks Band, led by Allman Brothers guitarist Derek Trucks. Javier spent almost 2 years touring with Trucks, exploring onstage everything from rock and soul to blues, jazz and beyond.

You remember Ira Dean as the untamed, energetic bass player of the country trio TRICK PONY. Back in 2000 Trick Pony exploded out of the starting gate with their highly acclaimed and platinum selling self-titled CD. Hits co-written by Dean like Pour Me and the Grammy nominated Just What I Do, established Ira Dean as a brand new singer songwriting force and studio musician in country music. The trio won both the American Music Awards’ “Top New Artist” and the Country Music Association’s “Artist of the Year.” The second CD, “ON A MISSION”, which Ira co-wrote 7 cuts including the hit single “On a Mission”, brought five more Academy of Country Music nominations including “Album of the Year” and “Vocal Group of the Year.”

A few years and 40 cuts later, Ira is a ‘A Power of One’. He has songs recorded by Joe Nichols, Chris Young, ex-Pony Heidi Newfield, Jake Owen, Gary Allan, including his hit single “Feeling Like That” . . . and Montgomery Gentry including their hit single “One in Every Crowd.”

After two years in the making Ira has just finished recording his self-titled CD he produced along with Joe Scaife, Blake Chancey, and friend Anthony Smith. 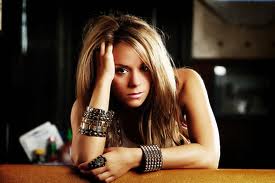 In 2009 Brooke teamed up with GYPSIE SOULE to be the “New Face” of their young, hip, clothing, jewelry, and footwear line.

Brooke is currently writing and recording songs for her upcoming CD. 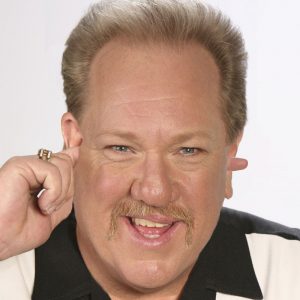 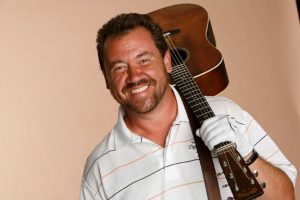 Dan Tyminski, who plays guitar and sings for Alison Krauss + Union Station, remains one of the most dynamic and talented performers on the bluegrass scene. Although he had already earned a strong following, Tyminsky found himself in the media spotlight after providing the singing voice for George Clooney in O Brother, Where Art Thou? His performance of “I Am A Man of Constant Sorrow”won single of the year honors at the 2001 CMA Awards and a 2001 Grammy for country collaboration of the year. Including his tally with Union Station, Dan has won 10 Grammys.

There are a number of ways in which you can “chip in” to help SPEED THE CURE.

ALL Golfers playing in the GAG Golf Tournament (ProAm Golfers too) on Monday, due to the weather, PLEASE check-in/register NOW at Kingwood Country Club! Thank you!